We had the chance to make an interview with Aharon Keshales and Navot Papushado, who were announced to direct a segment of The ABCs of Death 2. They had a talk about Israeli film industry, their unconventional Slasher Rabies and the terrific Big Bad Wolves, as well they found time to answer some questions about future projects.

You returned to the global cinema screens with your second movie Big Bad Wolves last month. At the German premier in Berlin Navot was present. Are you feeling proud to be the first directors of an Israeli horrorfilm? How does it feel to make pioneering films?

We’re proud. Israel has a great film industry but there aren’t any genre films. We wanted to change that. We dreamt of an Industry that can do both personal/political films and also horror films, thrillers and even romantic comedies.

Big Bad Wolves is the second film you made together, why are you working with each other? And what have you done for a living before you became screenwriters/directors?

We tend to love the same films and we tend to have the same notions about writing and directing films. If you have a great partner on set it enables you to work faster and more accurate. You have two set of ears/eyes on everything that’s going on.

I (Aharon) was a film critic and a lecturer at the Tel Aviv University. Navot was a student of mine. My most brilliant and ambitious student.

As I saw Rabies at Fantasy Filmfest in Berlin 2011, I expected a slasher. Well, I saw one, but with a lot of maniacs in it. How came the idea to make a slasher, in which the apparently killer goes home frustrated in the end?

When we opted the idea for the making the first Israeli horror film everybody was asking us the same question: who would believe there are serial killers in Israel? So we decided to make a film out of that notion. There are no serial killers at large; the true danger is the paranoia we’re feeding on each day. Everybody is out to kill you, and that idea makes you deadly to yourself and to your neighbors.

Were there any inspirations? Which films do you like?

Who gave you the money to make Rabies happen? Grossed the film enough to live from that?

Rabies started as an indie film with private money (low budget) and after we showed a rough cut of the film to a state supported fund we got money for post production. The film was a huge success and we got to make another film with full backing from the same fund so I guess you can say we’re making an honest living since Rabies.

Did you know that Rabies is censored on DVD and Blu-ray in Germany? Are there countries in which one can buy the uncut version?

Yes, we knew that. Rabies has already been released in the US and UK in its full unrated version.

International the reactions to Rabies were magnificent. How was it in Israel? Have you ever thought about having that much success with your first film?

The film was number 5 at the Israeli box office and it made a real splash here. The International reaction was also amazing and people in Israel were shocked to see how well it played at the International market.

Lior Ashkenazi plays Danny, the one person in Rabies which seems normal. In your new film you worked with him again. There he plays Miki, a policeman who acts on vigilante justice to take out the accused pedophile Dror (Rotem Keinan). Lior Ashkenazi is a clear similarity between your two films, are there any others?

The trailer to Big Bad Wolves has the song “My Love will get you Home” in it. In my opinion the trailer is the best I’ve seen in years. How came the idea to take this song for the trailer?

We knew we didn’t want to make another mundane trailer which shows the entire plot so we decided to make something original and use a song, a love song, as the backbone for a very nasty film. We searched and searched till we found this beautiful longing song and we just knew we had a winner on our hands.

The trailer speaks about a fairytale with the evil wolf that takes children. Have you thought about any fairytales during the writing of the film and why is it named Big Bad Wolves?

Sure did. This film is our revenge against our parents who’ve been telling us storied about wolves and witched (all pedophiles) since we were children and expect us to grow up and be normal. We decided to tell them a modern fairy tale for grownups and scare them as they scared us.

Navot said in Berlin, that the original title of Big Bad Wolves is different. What does “Mi mefahed mezeev hara“ mean in English?

Navot said there also, the film is very Jewish. It seems to work with different audiences across the globe. I think there is a lot of Old Testament in it, the aim of Gidi (Tzahi Grad) remembers me on “eye for an eye”. And there is an Arab in the film too, who seems quiet the only person that doesn’t want to kill someone. Could you say something about the characters and their motivations?

There is something very biblical in “Big Bad Wolves” but when you think of it, Gidi has a guilty conscious. His daughter was kidnapped while he was cheating on his wife. He was supposed to pick her up from school. He’s out for revenge, but he uses this revenge to punish himself. As for the cop, he’s doing it to get his job back, to prove he was right all along - that’s pure ego. As for the Arab, we wanted to play with Israeli conventions and make the most beautiful scene in a torture film with an Arab.

Torture is a big part of Big Bad Wolves. In a time after films like SAW, Hostel, Martyrs or I Saw the Devil the audiences have seen a lot of on-screen violence. How have you managed to hold balance between too much and too less gore and torture in the film?

We always think of the morality of the film. We’ll never show violence just for the sake of violence. We’ll use it only if it says something about the characters/narrative moral universe.

There is a complete absence of women in the film, except for the victim children. Why is that?

This is a movie about masculinity. Four types of man. Three of them are separated. We wanted to depict a world without women, without tenderness. A world in which men are allowed to behave like children and play along with their basic animalistic instincts.

Big Bad Wolves seems to work with a lot of symbolism. There is poisoned candy for example or the trail of sweets which leads the police to the decapitated victims of a serial-pedophile/-killer. As well there are many references to the military within the characters. In my review I wrote, that it seems like ex-soldiers and a cop torture an ex-soldier. Is that a critic on the theme of teaching torture to soldiers? What about the candies in the film, almost nothing happens on coincidence during the shooting of a film, so what is the candy supposed to communicate?

The candies are an homage for Hansel and Gretel. You have the trail of candies, the big oven, the cabin in the woods...But who’s the witch in this story and who’s the victim?

Let’s have a little talk about future projects. You are going to make a segment in the sequel of ABCs of Death. Have you already got your letter, and how does the allocation of the letters work?

Sadly we’re not allowed to talk about the ABC’s of Death.

Are there any further new projects you’re working on?

Not at the moment. We’re still promoting Big Bad Wolves around the world.

Is there anything you want to say to your fans in Germany?

Thanks for loving Rabies and Big Bad Wolves. Thanks for giving us such warm welcome. We promise to make more grim fairy tales in the near future.

Thanks for your time and for the interview.

Thank you for a great interview!

We have a review to Big Bad Wolves right here (German only) and a short critic about Rabies in our article about Fantasy Filmfest 2011 in Berlin. By the way: You could be a part of The ABCs of Death 2.

Further Information can be found at: 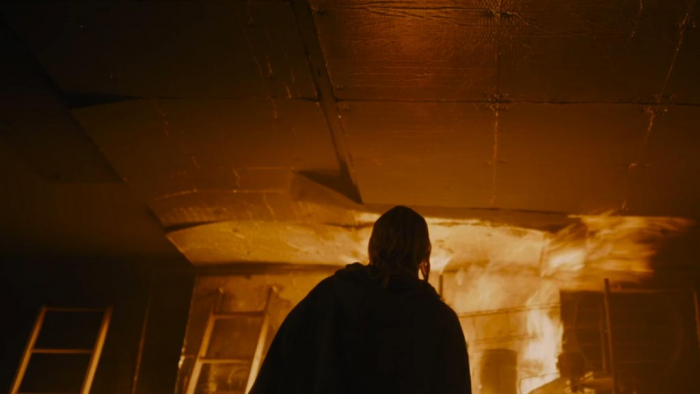 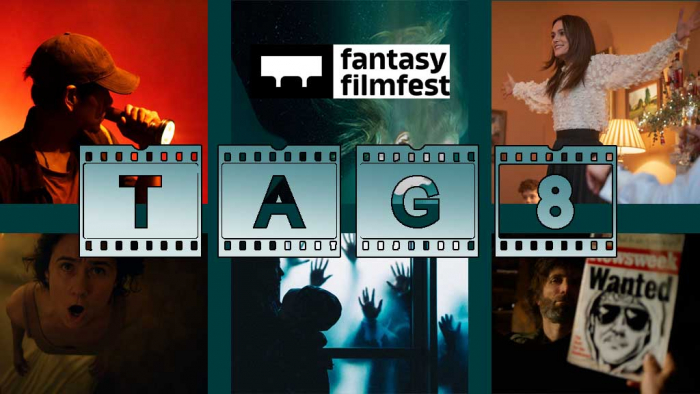 "Games introduced us to a symbiotic relationship with machines that we took for granted."